IT’S NOT AN INSTA THING

Now, if you always thought that being an influencer or working with one, was a “hot newfangled thing”, especially in business, then you’re gonna see by the end of this episode how influence and influencer marketing is very real throughout history.

Let’s begin then by looking at some old examples of influence in different
parts of history.

INFLUENCERS IN BUSINESS BEFORE THE GRAM

To begin with influence in business. “How to Win Friends and Influence People” written by Dale Carnegie, was first released in 1936. It is still a bestseller
today, by the way. And it talks about lots of effective ways of using influence to further your career or your fortune throughout business.

INFLUENCERS IN CULTURE BEFORE THE GRAM

Shoot forward in time to the forties, and the world was consumed with World War Two.

So as part of that, women were very heavily influenced in lots of different ways, both by businesses and the government to go out and work. They were encouraged to fill the shoes of their husbands, their brothers and their fathers because they were probably all off fighting the war.

INFLUENCE IN POLITICS BEFORE THE GRAM

Influence in politics. Ancient Greek philosophers were very connected to
politics at that time. And with their major influence as a result of their wisdom,

they informed politics to benefit themselves. Now, of course, in the current day, we still have lots of very clever people. They’re usually very rich and wealthy business-owning people and they use influence over politics.

However, you might also see that there are mighty business owners and they may have wisdom for sure, but they certainly have great wealth. There have been many documented events where these people have also been able to inform politics, usually for their own financial gain.

INFLUENCE IN BEAUTY BEFORE THE GRAM

Influence in culture, specifically concerning beauty. Despite coming into power in 51 BC, Cleopatra has maintained influence still today – her beauty is just a fragment of this influence.

Over the legend that is around her milk bathing and cat-eyed beauty regime.

It is widely agreed that the success behind Elizabeth Taylor’s first perfume line White Diamonds, was influenced by her role as Cleopatra in the blockbuster 1953 movie.

We’re gonna jump forward in time then to the 1980s when I was a little girl and I remember the whole fitness scene, particularly around the Olympics. It was at that time that you’d see the use of sporting influence in advertising.

And you’d see people who were regarded as exceptionally fit, usually Olympians, recommending snacks and cereal bars, to encourage you to have a healthy life just like they do.

USING MICRO-INFLUENCERS TO GROW YOUR BUSINESS

If you wanna talk about using the right micro-influencers to build brand equity and sales in your business, then you might wanna book a Cyber Cocktail call with me. You can even pick a date and time that works best for your schedule.

WHEN IT COMES TO THE GRAM (and the rest of social)

Why do people think influencer marketing is just an Insta thing?

In the last decade, influencer marketing has become heavily influenced by Instagram.

At first, we saw bloggers and other content creators making money by using
their influence online to encourage sales.

However, with the incredible rise of the reality star, we have seen more and
more cases in the media where influencer marketing has gone incredibly wrong.

It’s easy to see as a result of that why most people think influencer marketing is just an Instagram thing.

LEGAL MEASURES OF AN EMERGING ECONOMY

The legal implications and measures in 2020.

In fact, it is these types of celebs who have been promoting potentially damaging, harmful or unethical products to their following, that has resulted in significant changes in terms and conditions being created for brands to adhere to, in order to use influencer marketing on social media.

Over in the US, the FTC has significant terms and conditions that both brands and
influencers need to adhere to if they’re gonna take part in an influencer marketing agreement.

The UK also has a very in-depth set of consumer protection laws, which do the exact same thing as the FTC over in America.

So whilst the more ambiguous art of influence is certainly becoming a lot more transparent, I think it’s fair to say that even with these increased terms and conditions and rules, influencer marketing is not gonna be going anywhere, anytime soon.

I think there will continue to be a trend of brands picking micro-influencers who have very niche followings within the world’s community as social media continues to diversify and expand. Even more so as the world is restricted with lockdown and a craving for personal connections.

EVEN MORE ON INFLUENCER MARKETING

If you’re interested in learning a little bit more about influencer marketing, then you probably want to take a look at this episode of the show where I look at the wild-west frontier aspects of this new economy and how I’ve been personally involved in it.

Subscribers to my Annals & Apertures get early access to every episode of Mwah TV, sneak previews on what’s going on in my business AND exclusive special offers. If you’d like to join this beloved group of entrepreneurs, just pop your details in here, I’ll take care of the rest.

Exclusive Special Offers. All delivered direct to your inbox.

Fully customisable. Update your personalised subscription choices at any time.

Success! Now check your email to confirm your subscription.

You're already part of The Beautifuls. If at any time I can make your Free Subscription any better, please let me know: laura@laurapearman.com 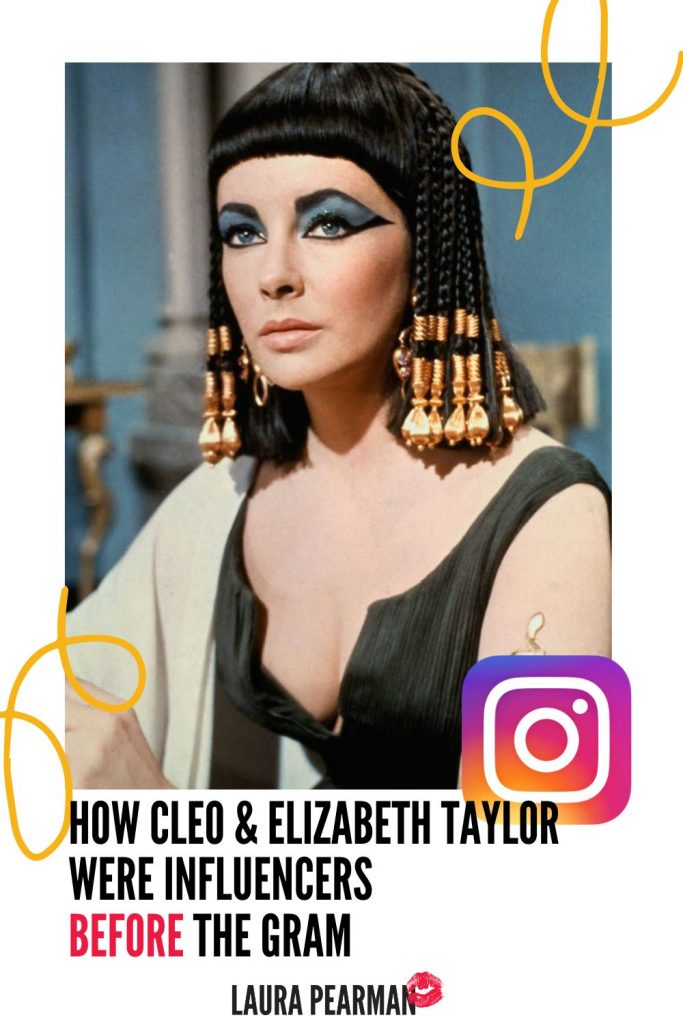 1 thought on “Influencer Marketing 2020 Through History and Beyond”

LET’S CONNECT ON THE GRAM!

It can feel like a blind gamble to spend on someth

You may or may not have noticed but I just updated

She thinks she just scored a new fun box covered i

On Friday I had a good catch up with @buzztastic_l

Here’s me last night just after we wrapped on an

Shout out to any fellow bad patients today. I com

To ponder on this further, I'm now interested to k

As it's now February, I thought the story behind t

On a scale of Garbage-to-Gold, how confident are y

On a scale of 1 to Woo Woo, where do you place wri

It’s #selfies re-cap time this week on the show.